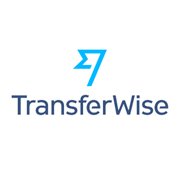 TransferWise is a fast, award-winning money transfer company built for lives without borders and dedicated to making the remittance process quick and easy for its users. TransferWise allows people to send money to 55 countries worldwide, including India, the USA, the United Kingdom, and many countries in Europe. TransferWise don’t hide a markup in the exchange rate you see and give you the true, mid-market exchange rate - independently provided by Reuters - plus a fair, low cost fee that’s clear and upfront.

TransferWise has attracted world renowned investors and gained countless awards for its innovation in the money transfer industry. TransferWise operates in the US through licensed banking partners who are registered with FinCEN, the US Treasury Department that supervises financial institutions for compliance. TransferWise has become one of the leading money transfer companies thanks to its convenient online platform and upfront cheap fees, never charging any hidden fees in the exchange rate.

Due to this, TransferWise is trusted as a transparent and reliable money transfer company. Using the real exchange rate and removing all extraneous fees, TransferWise allows their customers the ability to send money abroad at the lowest possible cost.

TransferWise transfers are up to 5x cheaper than banks and PayPal

It is low-cost and fair

There's only one fair exchange rate, and that's the one you get on TransferWise. And the fee for using TransferWise is always upfront. Why? Because finance hasn't been fair for a very long time. And it's time for a better, cheaper way of moving your money.

Sending money should be stress-free — no matter how far it's traveling. So they've built a whole team that's dedicated to keeping your money safe and the process watertight. It's bank-level security, minus the banks.

We believe that sending money should be as fast as sending an email. So they've made TransferWise as simple as logging on, signing up and sending. Smart technology means money never crosses borders. And most transfers happen the same day.

TransferWise was founded in 2011 by Taavet Hinrikus and Kristo Käärmann with the vision of making international money transfers cheap, fair, and simple.

Taavet Hinrikus and Kristo Käärmann were both from Estonia. Taavet was the first employee at Skype, so he got paid in euros. But he lived in London, and needed pounds to pay the bills. Kristo worked for Deloitte and lived in London. He got paid in pounds. But he had a mortgage back in Estonia. He needed to pay that in euros. Every month they moved their money the old way. It was wasting them time and costing them money. So they invented a beautifully simple workaround that became a billion dollar business.

Each month, they looked up the actual exchange rate on Reuters. Taavet put his euros into Kristo's Estonian bank account. And Kristo topped up Taavet's UK bank account using his pounds. Both got the currency they needed almost instantly. And neither paid an extra cent on bad exchange rates or unreasonable charges. There was no waiting, no stress, and no extra costs. ‘There must be others just like us…' they thought. And the rest is TransferWise.

Six years later, and over a million happy customers trust TransferWise to move more than $1 billion dollars of their money, every month. Richard Branson, and PayPal founders Max Levchin and Peter Thiel invested in their vision. And they've opened nine offices, with over 600 employees, across four continents.